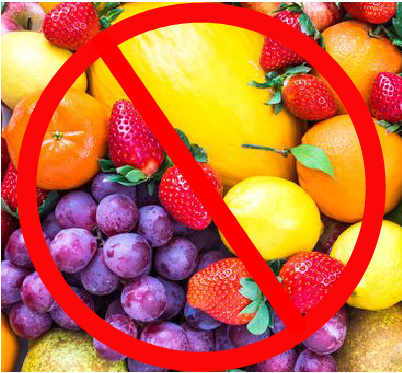 We're sure you haven't been able to avoid the recent media storm with sensational headlines such as "vaping kills" and friends and family might be bugging you about your "dangerous habit".
We attempt here to explain what's actually going on and to put your mind at rest.

Why are they reporting vaping is dangerous?
The term vaping has been associated with nicotine delivery for years, but there are also other substances that can be delivered by a vapouriser such as THC from marijuana. Several states in the US have legalised the sale of marijuana and this has led to a huge increase in the number of THC products. In recent months there have been hundreds of people hospitalised with severe breathing problems and sadly a few have died. Most of these patients have admitted use of THC 'vape' cartridges purchased from the street and we're betting the remaining cases are simply not willing to say they were using black market THC cartridges.

Why is 'vaping' THC a problem?
People have been vaping marijuana in its raw form for many years without issue by heating it in a device specifically designed for this purpose. However, THC containing e-liquids for use in standard vape equipment have recently begun to appear on the US market. Some of these new THC 'vaping' liquids contain diluents and/or additives which are oil-based such as vitamin E (used as a thickening agent). These oils coat the lungs, directly leading to a condition called lipoid pneumonia which causes severe breathing problems and in some cases, death.

So what does this have to do with e-cigarettes?
Absolutely nothing! Let me repeat that - the illnesses and deaths currently being reported are not linked to standard e-cigarettes and are nothing to do with the products we all enjoy. E-cigarettes were designed to deliver flavoured nicotine as an alternative to traditional combustible cigarettes, and typically contain just nicotine, flavourings and the diluents (carriers) Propylene Glycol and Vegetable Glycerine. Any other ingredients or additives are not part of the formula for standard e-cigarette liquids. E-cigarettes are regulated in the UK by the MHRA through the Tobacco and Related Products Regulations (TRPR) and liquids containing nicotine require comprehensive testing before being placed on the market. Unnecessary and potentially dangerous additives are explicitly banned by this legislation. Rest assured we do all we can to provide only the highest quality liquids that have been properly lab tested and found to be free of potentially harmful substances, even those which aren't directly covered by the TRPR such as zero nicotine shortfills.

Why the confusion?
Unfortunately the FDA has been slow to regulate the e-cigarette industry in the US and this has left the market wide open for backyard producers to place all sorts of dodgy products on the market such as these THC vapes. Media outlets haven't understood the distinction, and are attributing these health issues to vaping in general, rather than to a small subset of unprofessionally produced, contaminated products.

So why are they banning flavours?
To cut a long story short, across parts of the US, there have been some issues with the sale and supply of both e-cigarettes and these THC vapes to minors. The problem has been massively exaggerated, and Clive Bates has written a very comprehensive explanation on the topic of the so-called "Youth vaping epidemic". The authorities there have thrown logic out of the window and concluded that teens are attracted to vaping purely because of the flavours, and that banning all flavours except tobacco will stop youth vaping. They seem to be unable (or unwilling) to comprehend that adults like nice flavours, and no longer want that ashtray taste or smell and naturally tend to gravitate towards sweet, fruity and dessert type flavours. We aren't aware of any companies specifically targeting youth vapers with particular flavours, and many vapers cite the availability of a wide range of palatable flavours as the very reason they were able to move away from traditional cigarettes.

Ulterior Motive?
At this point, it might be interesting to explore alternative reasons why they might want to implement this nonsensical flavour ban and make these life-saving products less attractive and less pleasurable for adult vapers in the US. Who stands to lose if vaping continues to grow in popularity as it has done in the last 10 years? The government, losing all those tax dollars from cigarette sales? Big tobacco companies who are not yet heavily invested in the e-cig industry and are seeing their profits decrease as vaping grows in popularity? What about the medical and pharmaceutical industries? Millions of people are no longer smoking and are less likely to suffer all the long term health effects or need life-saving treatments and long term medication regimens.
Vaping hits the medical and pharma industries where it hurts, and it's important to note that these industries are much bigger, more profitable, and enjoy much more lobbying power in the US than they do here in Europe.
Is it just a happy accident for these parties that vaping in general has been confused with the effects of vaping black-market products, or has the information been disseminated deliberately in such a way as to cause this confusion?

Repercussions
We are truly saddened by the action the US have taken. The direct result will be that vapers in the US will be unable to legally obtain the supplies they need to keep them off cigarettes and the number of those making the switch will be reduced.
Vapers across the world are experiencing pressure from friends and relatives who are understandably confused because the news stories appear to be about vaping in general and no-one in the mass media is properly communicating the actual story. Very worryingly, we've heard that some vapers have already gone back to smoking as a direct result of the scary media reports over the last few days.

There is a risk that we may see these same flavour bans spreading across to us here in Europe despite the fact that the Royal College of Physicians have declared vaping to be at least 95% safer than smoking. Politicians don't understand that these dangers are not linked to vaping as a whole and are facing increasing pressure to implement further unnecessary restrictions on vaping products.
We are already stuck with some nonsensical regulations which have harmed the vape industry in the UK (tank size limit, bottle size limit and nicotine strength limit) and it would be enormously harmful to further limit consumer choice if we copied the US in their trend of legislation based on fake news.

The emotional and irrational hysteria in the US about the “vaping-related” lung disease... - Dr. Farsalinos:
http://www.ecigarette-research.org/research/index.php/whats-new/2019/274-us-lung

The FDA have come out with the truth yet we aren't hearing this in the media:
https://www.fda.gov/consumers/consumer-updates/vaping-illnesses-consumers-can-help-protect-themselves-avoiding-tetrahydrocannabinol-thc-containing

Clearing up some common myths about e-cigarettes:https://publichealthmatters.blog.gov.uk.....