How long does an atomiser coil last? 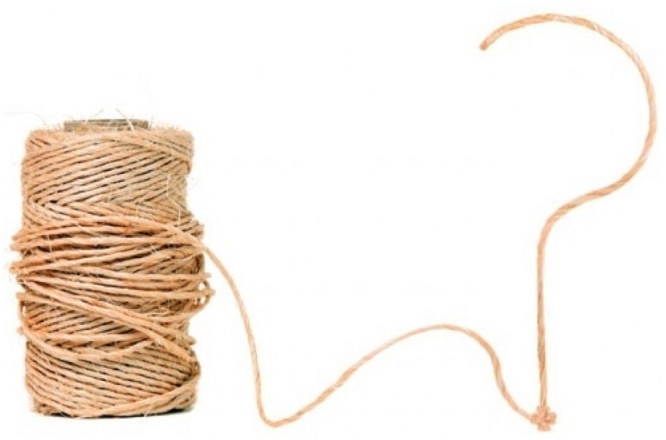 How long should an atomiser coil last? How long is a piece of string?
Pinning down the eternal coil longevity question is pretty much impossible, because of the different variables involved.

Certainly as a beginning step, it's more worthwhile to think of coil longevity in terms of the amount of e-liquid that's been vapourised, rather than a period of time, because the amount of juice that's been through a coil is more of a valid measure of coil life, although it's not the whole story.

Vaping style
Whether your tank and your vaping style is mouth-to-lung (MTL) or Direct Lung (DL) will usually affect how long your coils last.
MTL vapers use higher resistance coils on much lower power settings, for a cooler vape which uses less liquid, therefore, MTL coils typically last longer than DL coils, but not always.
DL vapers use much lower resistance coils on much higher power settings. This higher performance and much greater vapour production is very desirable but it does mean that more juice is used and typically leads to a shorter coil life.
Other aspects of vaping style include how long you activate your device for each time you take a puff, and how strongly you "pull" on the mouthpiece because this alters the airflow and the airflow can affect the longevity of the coil.

Power
This is related to vaping style. If you are a DL vaper, you're running at a higher wattage, and the coil burns hotter, placing extra demand on the wick which can burn and produce a foul taste if the juice isn't wicking through quickly enough to meet your vaping intensity. Of course, higher power often means more juice, and as already mentioned, the longevity of a coil is mostly related to how much juice is vaprourised through it.

Juice type and strength
We've found that some juices have a tendency to "clog up" the coil more quickly than others. This is a case of experimenting to find what works for you. Sometimes it's worth putting up with a slightly shorter coil life to enjoy that fabulous flavour you love. Some say that higher VG juices clog up the coil more, but this could be more to do with the fact that higher VG juices are typically used by DL vapers who go through more juice than MTL vapers.
We also commonly see liquid consumption increase when people lower the strength of the e-liquid they use. This can then have an impact on coil life as more juice is consumed.

Device
Modern devices tend to perform better and vapourise liquid more effectively. The net result of better performance and better vapour production is that you go through more e-liquid - that's the nature of the beast. If you want a better vaping experience, you will generally use more juice and coils than you would with an older or less powerful device which struggles to keep you satisfied.
You may have been used to a longer coil life on an older device which was less powerful and less effective or perhaps your old device had dirty or oxidised contacts or a battery which has been charged and discharged so many times and it's just not as effective any more.

Type of tank/coil
It's important not to forget that every tank and every coil is unique and your usual coil longevity will vary from tank to tank even when all other factors remain the same.

Improved taste perception
As time goes on, vapers do tend to develop a greater perception of taste changes in the coil which leads to the necessity to change the coil more frequently than you might have done originally. When you're just moving away from cigarettes, your taste perception can remain dulled for some months and it's only when it really starts to return over time that you notice the coil starting to taste bad sooner than before. Most people experience a shorter coil life the longer they've been vaping (stock heads as well as DIY coils). We sometimes receive reports that the coils seem to have changed and don't last as long as they used to, but it's pretty rare for manufacturers to change anything about the materials or manufacturing of existing coils, and these variances are almost always down to one of the factors detailed in this post.

Increased satisfaction with vaping
We've found that increased satisfaction with vaping, whether due to a new kit or a new flavour, sometimes leads to an increase in vaping and in juice consumption. People often struggle along with old, poorly performing hardware far longer than they realise, and then when they upgrade, they suddenly notice they have to replace their coils more frequently. This can be due to the better performance of a newer device, or an increase in vaping because it's just a much better experience than it was with the old kit.

Other considerations
Some people believe that different climate conditions and temperatures also play a part. Some liquids don't feed very well in some tanks (particularly thicker liquids in MTL tanks) during the colder months, so this will lead to wicking issues, and a poor taste as the wick struggles to keep saturated.

How to extend the life of your coils
There are things you can do which can help make that new coil head last a little bit longer. The first step is to prime your coil. The idea behind priming is to try to saturate the wick within the coil head before first use, to reduce the chances of burning especially if you're impatient and want to use it right away without waiting for 10-15 minutes for it to wick naturally.

Once you have the coil sufficiently saturated, it's a good idea to break it in gently by using a lower wattage for the first few hits. Then gradually work up to your normal wattage once the new coil has bedded in.

Many people swear by these processes because they enable you to use new coils right away without risking burning them due to a dry wick.

My own experience
I use a mouth-to-lung tank at 13 watts and I usually get somewhere around 120-180ml through a head before I have to change it because it's tasting bad or feeling clogged. This is pretty much universal for me across most MTL tanks.
I use method 3 to prime my coil, so I can start using it straight away without risking a burnt coil. If I am vaping too intensively and the tank is struggling to keep up, I again use priming method 3, just once, to bring more juice to the coil to cope with my intensive vaping.

We'd love to know what setup you're using and how long a coil lasts you.

We're sorry but we can no longer accept PayPal payments.