Home Creme de Vape Blog Why is my tank leaking?

Why is my tank leaking? 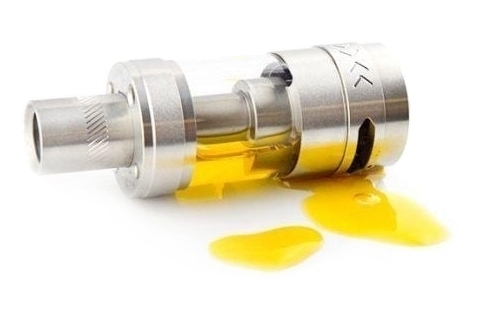 A leaking tank is something we've all experienced, but it's usually pretty easy to fix if you can identify the reason for the leakage.

Leakage happens when your atomiser is flooded and the e-liquid will usually find its way out of the airflow system. If you've got a tank which is flooding, gurgling or leaking, you'll have a poor vaping experience, and you'll want to try to fix it because it could harm your device or cause it to fail if it reaches the electronics.

The first thing to understand is that tanks and heads designed for Direct Lung (DL) vaping are generally designed for a thicker, higher VG liquid and usually feature larger wicking holes to wick liquid faster to the coil to keep up with higher coil temperatures/wattages. If you're using too thin a liquid in a DL tank, you are likely to experience leaking. Mouth-to-lung (MTL) tanks usually have smaller wick holes, are used at much lower wattages and tend to wick juice slower to avoid flooding. Typically most MTL tanks will not cope with a very high VG liquid because of this. So if you're using the wrong liquid for the type of tank or head, you're likely to experience either leakage, or the opposite - poor wicking and dry coils prone to burning.

Other than trying to use the wrong liquid or tank for your vaping style, common reasons for flooding include:

What to do once your coil has flooded or leaked
Different methods work for different tanks - try one or more of the following to recover a flooded head.

Some heads are just more flood prone than others, particularly if you have quite a heavy “draw” and some may continue to flood even after blowing out, especially if the tank or coil isn't suited to your vaping style or your power settings are outside those recommended by the manufacturer.