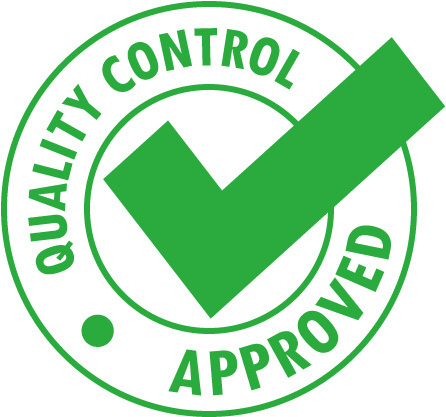 There's been a lot of discussion and debate about dangerous compounds that have been found in many flavoured e-liquids and food flavourings used in e-liquid production.

We felt it was about time to give a thorough explanation of exactly what we do, so that you can rest assured, we're taking every step we possibly can to provide as safe a product as possible, according to the current known risks.

We've been testing our products since 2011 at the same independant UK-based laboratory used by Trading Standards. The lab is accredited by the United Kingdom Accreditation service (UKAS) to the internationally recognised ISO 17025 standard which means they have demonstrated they are technically competant and have documented procedures and quality management systems in place to ensure they are producing precise, accurate and repeatable test data. This accreditation also means they are continually monitored and audited to ensure their procedures and methods continue to consistently provide accurate and valid results that can be trusted by governmental organisations and compared to test data produced by other accredited labs worldwide.

We don't generally publish our results alongside the liquids, because we anonymise the samples for company confidentiality. This "blind testing" policy is common in many industries, and was introduced to us by ECITA when we first began testing. This method wasn't an issue when we were simply running tests for our own internal due diligence. However, it has caused us to be unable to properly publish all of our own test results alongside the products on our site so we will be changing this policy in the future so we can publish all our test results with the product clearly identified.

Diethylene glycol (DEG) is a known contaminant that is often present in general reagent grade Glycerine that's not designed for ingestion or pharmaceutical use. Some research was released in 2009, claiming that the FDA sampled several pre-filled cartridges and found Diethylene Glycol (a poison) present. It's imperative that these compounds aren't contained in products designed for ingestion, although not much notice is given to this within our industry. We have historically tested all our liquids for both DEG and Ethylene Glycol to verify the purity of the diluents used in the product, and to-date, none of our pre-mixed e-liquids have ever tested positive for either of these compounds. We are proposing dropping this test from our protocol as we're confidentn our manufacturer's protocols eliminate all risks in this area.

As nicotine can be dangerous in high doses, we feel it's prudent to test the actual nicotine level, in random e-liquid samples, both to confirm that it is within tolerance of the stated level, and to confirm it isn't present in liquids that are labelled zero nicotine. It has been our experience that some tobacco type flavour zero nicotine liquids can contain miniscule traces of nicotine, due to to the method of production involved in manufacturing some tobacco flavours, however, we have never seen any results above 0.04% nicotine (0.4mg/ml) in a zero nicotine e-liquid, and any product that tested above 0.02% (0.2mg/ml) would not be released for sale. The last time any of our zero liquids tested positive for traces of nicotine (at 0.01%) was in January 2013.

We run these tests primarily to ensure any product we advertise as "PG Free" is in fact completely free of PG, since these products will typically be chosen by consumers who have an allergy or an intolerance to Propylene Glycol. We also like to see the PG/VG ratios for our own consistency checks and so we can advise customers who have a particular PG/VG ratio preference.

All flavourings used in our pre-mixed liquids, and available as concentrates for DIY mixing have been certified as safe for use in consumption via the digestive system - i.e. they are food-safe. However, this is not the whole story, since ingestion into the lungs via vapour is an entirely different pathway, and some flavourings that are completely safe to be eaten, are not safe to be vaped.

There are a family of compounds referred to as diketones, that pose some serious inhalation risks and should not be present in e-liquid. These compounds are used to provide a buttery/custard/vanilla type flavour and are currently found in many pre-mixed e- liquid ranges, particularly the more complex blends coming from the USA at the moment. The diketones of particular concern are Diacetyl (2,3-butanedione or DA) and 2,3-Pentanedione (Acetyl Propionyl or AP). We also test for the presence of Acetoin, which by itself, is not known to be harmful, but it can partially catalyse into DA under certain conditions, so we do test for acetoin, so that we are aware of the level, if present.

Diacetyl (DA) in its inhaled form, has been identified as the major cause of a serious lung condition observed amongst a group of popcorn factory workers exposed to large amounts of fumes containing DA in an industrial environment over an extended period of time. As yet, no tests have been performed on human inhalation via vaporisation of flavoured e-liquid, however, there is a published occupational safety limit of 66µg (66 parts per million), which means, if you vape 1ml of e-liquid, it must have less than 66µg or 0.0066% DA to be below the occupational safety limit. Our current testing is able to detect DA to 10 parts per million or 0.001%. None of our e-liquids or flavouings contain DA as a specific ingredient, and where we have identified it during testing, we have refused to stock the product or withdrawn it from sale if it was already on sale prior to receving DA-positive test results.

The dangers associated with inhaling DA have been known for some years, and we've been testing for the its presence since 2011, however, it was only in 2014 when Dr Farsalinos released the results of his research, that the industry realised flavouring manufacturers who were responding to the "noise" regarding Diacetyl, had been replacing it with Acetyl Propionyl (AP), and that AP has very similar inhalation risks and is not suitable for vaping either. Prior to this research, many vendors, including ourselves, were unaware that AP also posed a very real risk, and since this point, we have also included it in our testing protocol. The published occupational safety limit of AP is 135µg (135 parts per million), which means if you vape 1ml of e-liquid, it must have less than 135µg or 0.0135% AP in it to be below the occupational safety limit. Our current testing is able to detect AP to 10 parts per million or 0.001%.

As of the date of this article, we do not stock any pre-mixed e-liquids that have tested positive for DA or AP at any level.
We may take the view in future, that some consumers want these types of flavours, and we may decide to stock e-liquid that has tested positive for DA at a very low level, as it occurs naturally in some flavours. If we did this, we would impose a limit ourselves, of approximately 25 parts per million (0.0025%).  If we stock any e-liquids in future that do contain traces of DA up to 25 parts per million (0.0025%) we will clearly indicate this information. Where our testing identifies an e-liquid contains DA above 25 parts per million (0.0025%), we will still continue to refuse to stock it. We are unlikely to alter our position on AP, since it never occurs naturally and is only present when it has been physically added.

It should be noted that where a liquid has a buttery or custardy taste, but has tested free of DA or AP, the buttery note will have been achieved by Acetoin or Butyric acid, or a combination of these components. Butyric acid can cause irritation in some vapers and it can also be responsible for an unpleasant sour after-taste in certain concentrations or flavour combinations.

The amount of liquid you vape per day may exceed averages, thus exposing you to more risk, and indeed, if you are at all concerned about diketones, or other as-yet unidentified, potentially harmful component, we advise you steer clear of all buttery, custardy, vanilla, creamy & sweet flavours or consider vaping subtly flavoured, or even unflavoured liquids, rather than strongly flavoured recipes with many flavouring components present, in high concentrations.

Additionally, it should be remembered that vaping is a "reduced-harm" alternative to smoking - this doesn't mean it's completely harmless but that it's known to be much less harmful than smoking traditional combustible tobacco. The fact that liquids have tested free of these known risks, is not an indication that any one flavouring is more or less "safe" than any other - no long term or comprehensive studies have yet been performed on human inhalation of vaporised food flavourings.

In the recent past, we removed a well-known premium e-liquid range from sale because our test results indicated very high levels of DA (testing showed up to 100 ppm or 0.01%), and extremely high levels of AP (testing showed up to 2500 ppm or 0.25%). We trusted the manufacturer were doing their own due diligence but this experience was a reminder that there are no shortcuts. We are not prepared to take risks with your health and our company reputation, and will not stock any new liquid products until the supplier has provided comprehensive analysis performed by a known, accredited & independent laboratory, or we have performed our own analysis.

However, even where you have had confidence from testing that your current pre-mixed liquids are free of known harmful chemicals, it would give consumers added assurance value, if the test results were shown with the product and that the tests were run frequently (i.e. more than once).
This post has been closed; further comments cannot be added.
Trustpilot